A New Way to Move 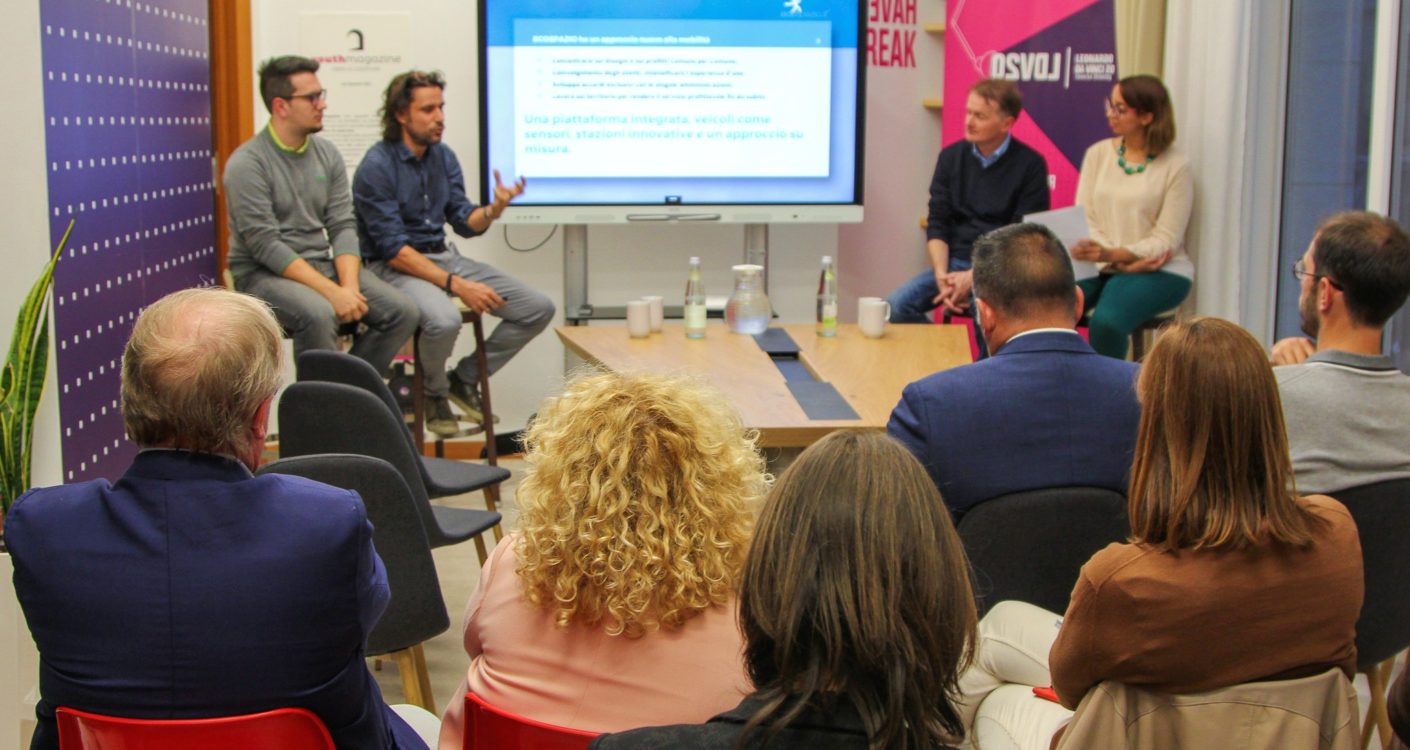 Since ancient times humans have always needed a way to move.

Throughout the centuries we have developed and invented various means to travel. Starting from the wheel, horse-drawn carriages, to navigating rivers on steamboats, to inventing the bicycle and finally arriving at the electric car. As evidenced by these inventions throughout history, our desire or the need to move has not faded. Human ingenuity, combined with the awareness of the impact that these vehicles have on the environment, has led to the invention of alternative means of transportation.

The second event of “Ritorno al Futuro” was held on 10 October at LDV20. This cycle of events discusses innovation from a different perspective, trying to recover customs and traditions that have been obscured by the modern concept of innovation. Un Nuovo Modo di Muoversi discussed sustainable mobility in cities. The protagonist of the topic – the bicycle, specifically an electric one as part of a Bike-Sharing service. In 2017, the bicycle has celebrated its 200th anniversary. One of the first sketches of this invention dates back to the fifteenth century and is attributed to Leonardo Da Vinci. It wasn’t until the early nineteenth century that the first functional model of this two-wheeled vehicle appeared. From the Florentine genius, it was necessary to wait until the early nineteenth century when a German baron and inventor, Karl von Drais invented what will be called the bicycle. As with all means of transportation, the bicycle has also evolved. The latest bike invention we see today is the electric one.

On October 7th, in the South Tyrolean capital, the Bike-Sharing service was inaugurated. Organized by the Municipality as part of a broader mobility strategy, it was integrated into the public transport network which offers citizens a wide range of urban travel options. The tender for the installation of the Bike-Sharing service was awarded to the Ecospazio division of the Logiss company from Rovereto. The company deals with electric mobility and charging systems for electric vehicles. Nicola Brunelli, Michele Magnani, and Alberto Costa, from the Ecospazio team, presented their work during the evening dedicated to alternative mobility. “Our product is mainly dedicated to the territory. We have installed 9 cycle stations with 12 places for e-bikes and brought a fleet of 100 electric bicycles. Users can access the service with a mobile app or through integration with the Alto Adige Pass, “explains engineer Brunelli.

Bolzano is one of the best municipalities in Italy when it comes to design and investment in sustainable mobility. Over the years, the city, which has invested heavily in the territory, has grown both in economic terms and in terms of population. The data presented by engineer Ivan Moroder of the Mobility Office of the Municipality of Bolzano, shows that in 2017 there were about 106,000 inhabitants in Bolzano and the form of transportation they chose: by car (30%), biking (26 %), scooters and motorcycles (5%), public transport (10%), and there are those that have chosen to move on foot (29%). In just one day, Bolzano’s inhabitants alone make 360,000 trips. “The average citizen knows that the fastest way to get around the city is by bike. The streets of Bolzano, due to their history, are not designed for such a high flow of traffic. Those coming from outside the city might find a Bike-Sharing service useful and a faster option for independent movement, “says Moroder.

According to data collected by Ecospazio, in Italy, 60% of car travels are under 5 km. We need to adopt a new form of transportation. The use of electric bikes for short journeys is inching its way into the mindset of people. As with any innovation, it takes time for it to become a habit, but the Rovereto team is sure that new forms of mobility, such as Bike-Sharing, are the future.